When I was a little size, I’m a child with video game addict! After studied in a school, before I go home, I always spent a little time (one or two hours) first to play video game. There’s a lot of video game that I like. So, I must bring a lot of money to play it one by one. But, in fact, I spent more than two hours by do nothing but waiting someone else playing video game. Why? just because he bring a lot of money, so, when he’s got game over, he play it again and again without any regard to other people who queued behind him.

Someday, I’ve got a first rank in my semester test. I tell my mom, and she’s surprised and proud of me. To make me happy, my mom decided to buy a game controller to me. I’m so happy for that. Now, I can play a game on my computer without damaging my keyboard.

Day by day, I feel boring just because I can’t play a game without go out from my room. So, I decided to study hard again to beat my class and get a first rank again! Finally, I’ve done! My mom buy a Handheld Game called Nintendo’s GameBoy to me. Wow, I’m surprised and very happy for that gift. Now, I can play a game anytime anywhere, even in my school.

Time after time, Nintendo’s GameBoy is getting old and old and in other word, we can called “expired” to recent era. Now days is a video game consoles such as Play station era. A video game with the best quality and high resolution in graphic and amazing sound. We can play it in our home theater with surround sound. Video game consoles can be applied by adding a monitor, such as television, home entertainment system, LCD monitor, PC monitor, even LCD projector.

There’s a lot of game that we can play. We can choose a game that we want. For me, I like fighting game, such as Street Fighter, King Of Fighter, Tekken, Power Instinct, etc. Same with other game genre, fighting game is evolving too. Now days, there are a ton choices of fighting game. So, we must have a video game buying guide to make it easier. Finally, I found Mortal Combat for my new experience! 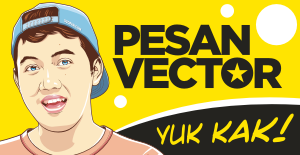